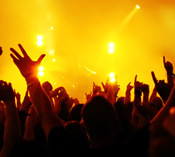 Jack Murphy's adaptable voice paired with over 30 years in the broadcasting industry ensures that you will receive exactly what you need from this voice over professional. Jack has been heard on radio stations like Z-100 New York, CMA stations of the year and hundreds of radio stations coast to coast in almost every format. Jack's voice commands attention, regardless of format or material, from professional and serious to energetic and fun.

Ad campaigns as diverse as The New York Daily News, Hill Side Bedding, Ford, The Village Tavern Restaurant chain, Whiskey River and many more have used Jack's voice to bring life to their advertising messages.

In addition to radio broadcast and advertising, Jack has been heard in narrations for several Fortune 500 companies as well as recruiting videos for the city of Atlanta. Jack has also voiced dozens of television spots for radio use and served as station voice for Television stations as well as booth announcer for USA Cable Network.

If you need a voice talent that is versatile, experienced and accomplished, then you need Jack Murphy.

I love the voice work Jack does for us at 106.9 The Ranch. VERY Professional, and quick turn around, just the way you want it. Aces in my books.

Love Jack!! When we need it done Now…his turn around is fantastic! And his sound plays a Major Role keeping the WOLF Howling in the North valley!!

Jack Murphy IS The Wolf brand-there’s nobody else out there that can convey the attitude and energy of the brand like Jack does.

There are a lot of voice over talents, but there’s only one Jack Murphy. When I want a fresh, unique sound, Jack is my go to guy. Have loved working with him for many years and hope to for many years to come.

One of the most versatile voices out there! Big Straight reads, Heart Strings, or That Red Neck down the road, Jack does it all!

Jack Is great to work with and was a huge part of team! We couldn’t have brought home CMA Station of the Year without him.